Cult Critic – A unique futuristic take on the original story. A good one at it. What inspired you to film it?

Arnaldo Galvao-I am 60 years old and this tale always terrified me as a child. I am from the generation that had black and white TV, only a few hours of the day, so the word still had a great importance, especially in fairy tales. The storytelling started there.

What scared me the most about Hansel and Gretel was the possibility of being left in the woods because my parents couldn’t afford to take care of me in the same way that children are abandoned in the woods, they have to learn to take care of themselves and face witches.

What scares me today in Brazil is the number of children who are still abandoned by society. Hansel and Gretel is from the medieval period and was published by the Brothers Grimm in 1812. We should assume that by the 21st century this problem should have been solved.

My intention was to call attention to the children’s cause, regardless of the reason why they were abandoned. And to do it in a way that brought some charm and hope, so we made a movie with good humor and adventure, turning kids into superheroes.

Cult Critic – The unique/concept in your film is that Hansel and Gretel have superhero powers given to them by their spiritual grandparents. Do you envision filming a series/episodes?

AG-Hansel and Gretel would like to have powers in the fanciful way that TV characters like Ratboy and Ratgirl have, but that’s not possible in real life. But we are all transcendental and part of a large congregation. We have ancestors and descendants and our real strength comes from that understanding.

Even in a materialistic world, spirituality is perhaps the best way for you to understand that you are part of a whole. In the movie Fabulous Hansel and Gretel we tried to do this from a character’s dream. The unconscious brings you information that you need too much.

I have some animation projects in development, but I don’t plan on turning Hansel and Gretel into a series. I think the movie has completed the full arc of the characters, but if we have any consistent invitations of course we are open to finding a way to continue.

Cult Critic – The film teachers children many valuable lessons (give strong messages) in life, family, do-good, etc… what would you most like them to take from your film?

AG-We fantasize a lot about the perfect family we would like to have, but we need to accept who we are, where we came from and where we are going. And understand that the people around us, relatives and friends, are all in the same boat. That’s where our strength comes from.

Each person is unique. Hansel doesn’t like school, but he has a lot of drive to fix and build things, as opposed to his sister Gretel, for whom school and traditional training seem to make sense. We don’t all need to be the same, but we need to understand who you are and what you want.

Audiovisual and animation cinema aimed at children in a more specific way, want to provide the family meeting. The moment where the family gathers to watch an entertainment that then generates varied conversations about life.

Cult Critic – Children are always taken to animal characters in animations… Why rats as Hansel and Gretel?

AG-I think everyone who works with animation thinks: “if Disney started with a mouse, why can’t I too?”. Jokes aside, perhaps the question is: why the insistence on transforming characters who in real life are objects of repulsion into heroes?

The psychoanalyst Bruno Bettelheim explains this properly in his book “The Uses of Enchantment: The Meaning and Importance of Fairy Tales”. He says that when the child sees a mouse character, small and helpless, he recognizes himself immediately while allowing the character to go through dangerous situations with more tranquility and safety. 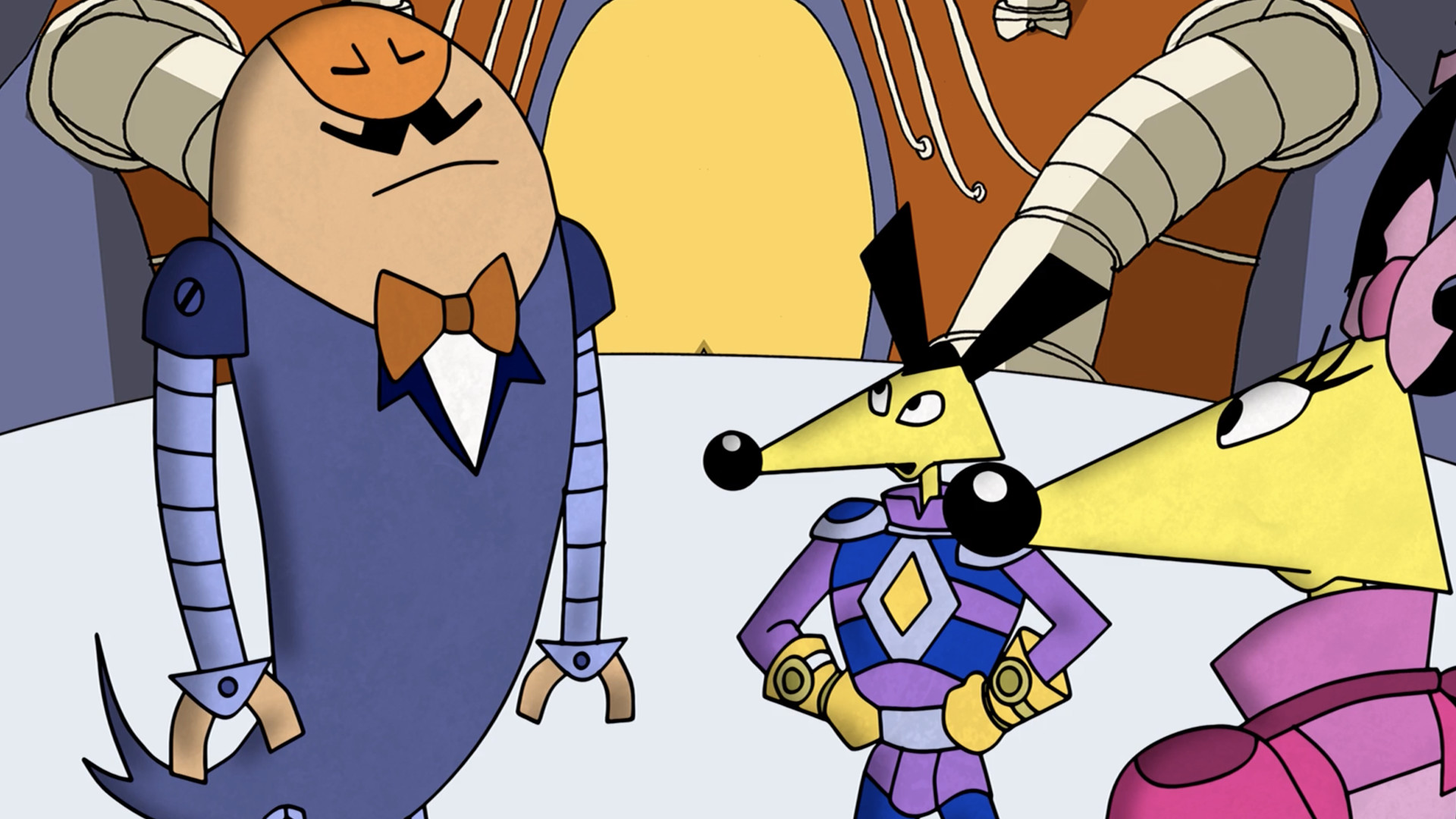 Cult Critic – Do you only direct animation films or do you also direct real-life films. If so, which do you prefer and why?

AG-I only direct animated films, but I have also made a documentary about the history of animation in Brazil.

I made the documentary as a way to keep the memory. Our first film “The Kaiser” is from 1917 and was made during the first world war. Of this film we have only one picture and reports from newspapers and magazines commenting on the release with interviews with the author.

French and American cinema are fighting over who made the first animated film, but if you want to watch Émile Cohl’s Fantasmagorie or James Stuart Blackton’s “Humorous Phases of Funny Faces” it’s easy to find on the internet.

I think the documentary genre is very important and I think it can help bring about conversations about relevant subjects that are often left out, but if I have to choose just one genre I choose the most complete of all, I’m excited.

Cult Critic – The film was very well produced, by Julia Parma Galvao. Any family relation to you. And do you often direct and produce together?

AG-Julia Parma Galvão is my daughter. She graduated in business administration and worked 15 years for a multinational giant. She got married, had a child and began to rethink values and where to invest her time. That’s when we started working together.

In Brazil, we basically work with returnable public investments. After the film is ready, there is a long journey, which is the rendering of accounts for the project, where we must explain in detail where the production resource was applied.

So we can divide production into 3 phases: the first would be fundraising, which is a lengthy and very competitive step. The second is production where we need to guarantee the correct remuneration of all those involved. And the third is the accountability of the project to investors. This stage is scheduled for 7 years, but can take up to 30 years.

Keeping a production company healthy for so many years is insane work. It takes discipline, strategy and flexibility. That’s what Julia Parma Galvão does with a lot of talent and determination.

Cult Critic – Animatics was well done by, Alessandro Santos. Have you worked with him before?

AG-The animatic is one of the most important parts of producing an animated film. It’s the last moment when you can still change the script and the right timing of scenes. Breathing moments and all necessary adjustments. Once the animation stage starts, the team grows and any adjustments are very expensive.

Alessandro Santos was very patient in redoing all the adjustments we needed. Because of his experience he also contributed a lot in the editing of our feature film.

Almost 99% of the film was made with people I had worked with before. It was Alessandro Santos who edited the animated documentary I had produced 5 years ago. 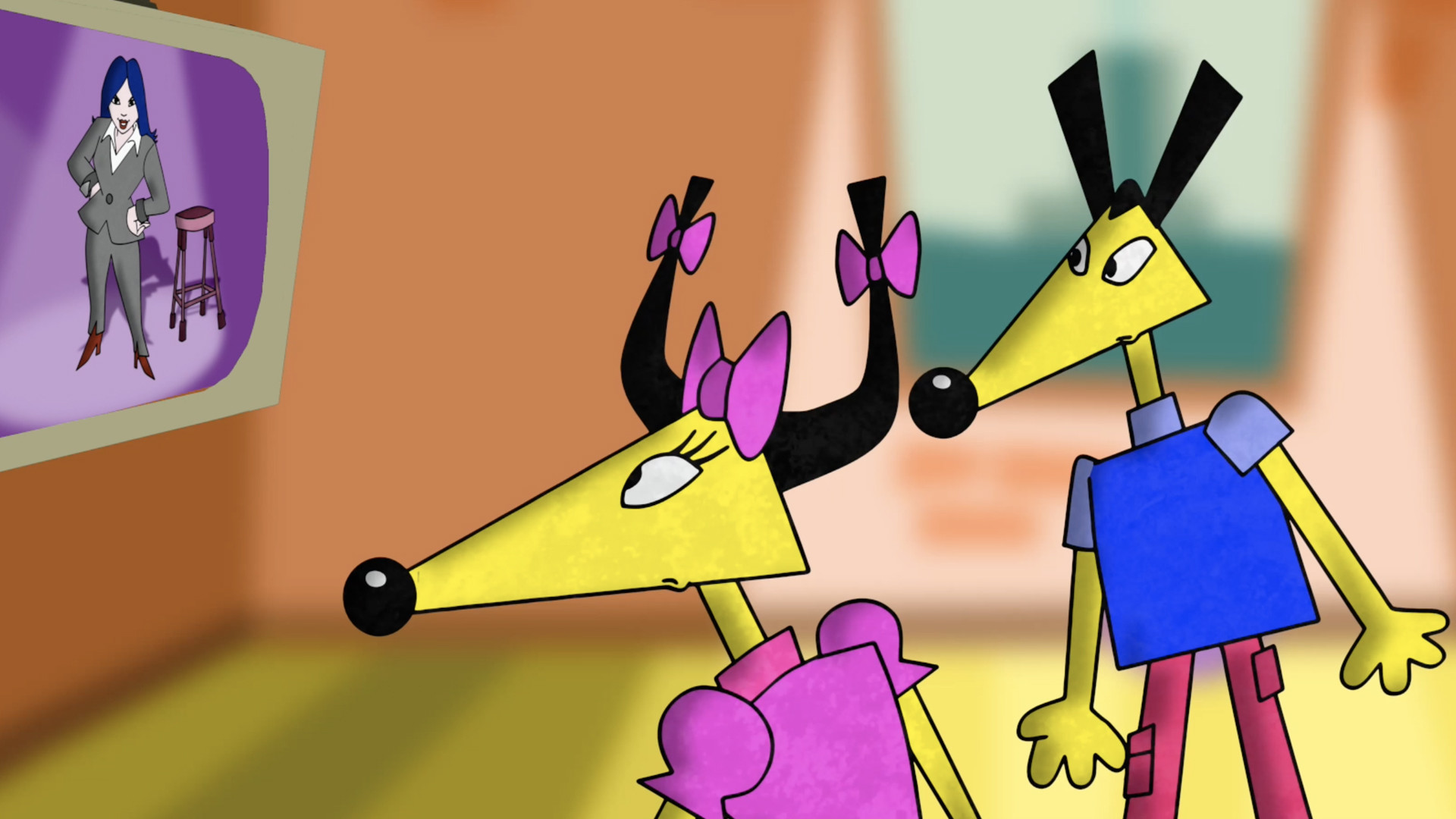 Cult Critic – Whilst its an animation film… were there any production challenges and or “BTS” you’d like to share?

AG-Challenges are not lacking in the production of an animated film, but Fabulous Hansel and Gretel took the challenge to a much higher level.

I started making the film in 2000, script with a friend named Flavio de Souza. By 2003 we had a consistent version of the script and the main characters developed.

I started looking for funding, which only happened in 2015. The resource was only made available in 2018. I set up a team and started producing, but we were interrupted by the pandemic.

For security reasons, the team returned to work remotely, after many logistical issues were resolved, such as computer, cards, network, soft, chairs, tablet, etc.

Even those who have no idea of animation can imagine the increase in budget and need for strategy. It was a very tense and scary period where I often thought I would never finish Fabulous Hansel and Gretel.

Cult Critic – Of all the films you’ve made, directed – which was the most challenging, and why?

Fabulous Hansel and Gretel. We already started with a restrictive limit which was the $200,000 budget. This amount is too low to produce an animated feature in Brazil. Our first budget was almost $1,000,000 so you can imagine the amount of restrictions we need to put in place to make the project viable.

When it seemed that we had already stretched the rope to the fullest, the pandemic arrived that brutally raised all costs. 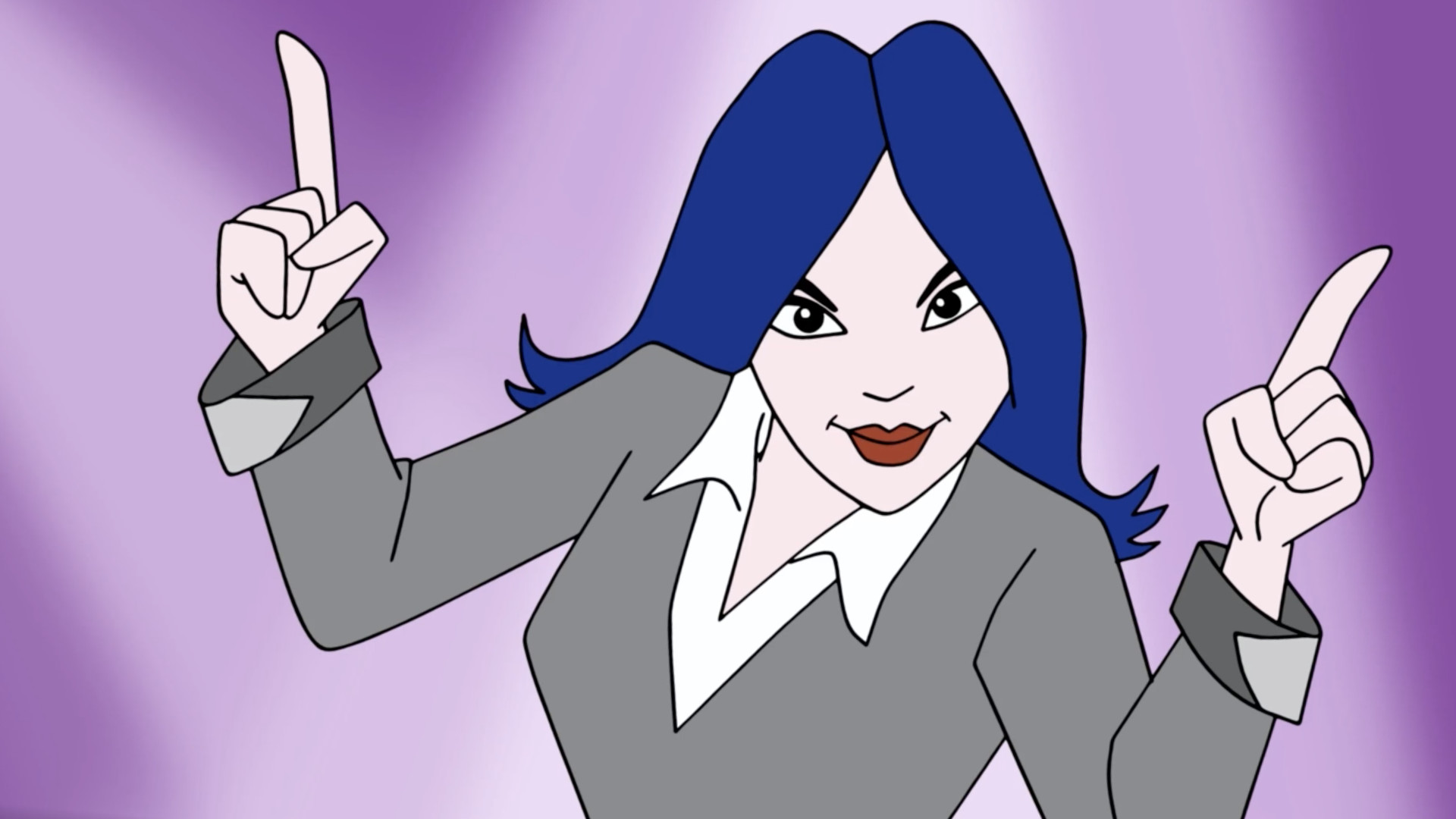 Cult Critic – Knowing the directors task in real-life movies… what is the main difference in directing animation films?

I think the best thing about real-life movies is the actors. It’s amazing how they can carry it on their backs or destroy a movie. And animation can also do that by inviting an actor or actress that you admire and know will work well for the role.

Animated movies or real-life movies are quite complex, each in its own way. As I’ve never done real-life movies, but I imagine you also build it little by little: idea, script, casting, art direction, costumes, locations and also all the members of the team because the audiovisual is really a team work.

In a provocative way we can say that real-life movies have no imagination since everything starts from the real world while in animated films imagination is what moves everything from the beginning.

Cult Critic – How did you come about being a filmmaker, director. And what advice can you give aspiring filmmakers/directors?

As I said in a previous answer, I am from the generation that was born with TV in the house and where many animated films like Jetsons and Flintstones were shown, but I never thought about making that type of film. At the age of 16 I started working as a cartoonist and illustrator. I did neighborhood newspapers, social campaigns until I started publishing in a famous weekly newspaper and then in a giant daily newspaper.

I was happy with that and thought I would be doing cartoons and illustrations forever, but then I went to see a Canadian animated film show. Many films with a great diversity. The images were beautiful and unlike anything I had ever seen: Norman McLaren, Frédéric Back, Caroline Leaf, Ryan Larkin, Evelyn Lambart, Richard Condie, Lotte Reiniger… Driessen for its apparent simplicity and narrative impact.

The next day I mapped all the animation production companies in São Paulo, Brazil, and went in search of learning, remembering that in Brazil, at that time, there were no animation schools.

The advice I can give is to take advantage of the gigantic information on the internet. It has movies, softs and websites about everything that matters. If possible, look for a good school. I was self-taught (I learned while working), but I don’t recommend it because the learning curve is too long. I only produced my first feature after 10 years of work. Watch lots of movies and find your style. Also use the internet to publicize your work. Apply for festivals and try to talk to colleagues.

Cult Critic – What’s next for you… anything you currently working on?

AG-In recent years Brazil has faced a systematic destruction of audiovisual production, social advances, respect for religions, ecology, etc. So the next time will inevitably be one of reconstruction.

It was Chaplin who said that he believed in laughter and tears as antidotes to hatred and terror.

This is something where I would like to invest my time and energy.

PS- Thank you for these insightful questions. Thank you for watching Connect – Fabulous Hansel and Gretel and talking with me about this film. I’m really honored.